Things are not what they seem. The Snake and the Lotus is ‘a book that I really wanted to make – a book that I would love to read,’ in Appupen’s own words. ‘I wanted to go deep into the Halahala realm this time. The story required that. I wanted to leave many things unsaid, after piecing together a fairly intricate plot puzzle.’

‘I had to discover those life forms that humans have no idea about. Our realities are bound in our bodies and we rarely imagine life without it. What if there were other ‘smarter’ beings in our world? What if they could influence us?’

‘The ancient Green unites all life, but many species have disappeared forever, many links broken. The miracle of life is about to die – well, it’s a miracle and it has powers.’

From the blurb: Life as we knew it in Halahala is at an end.
A new age is dawning.

In the Grey of the wastelands, giant towers house machines that keep a diminished, diminutive human race alive on lotus milk.

If humans and machines continue unchecked in their ways, nature – existence itself – will be under siege. 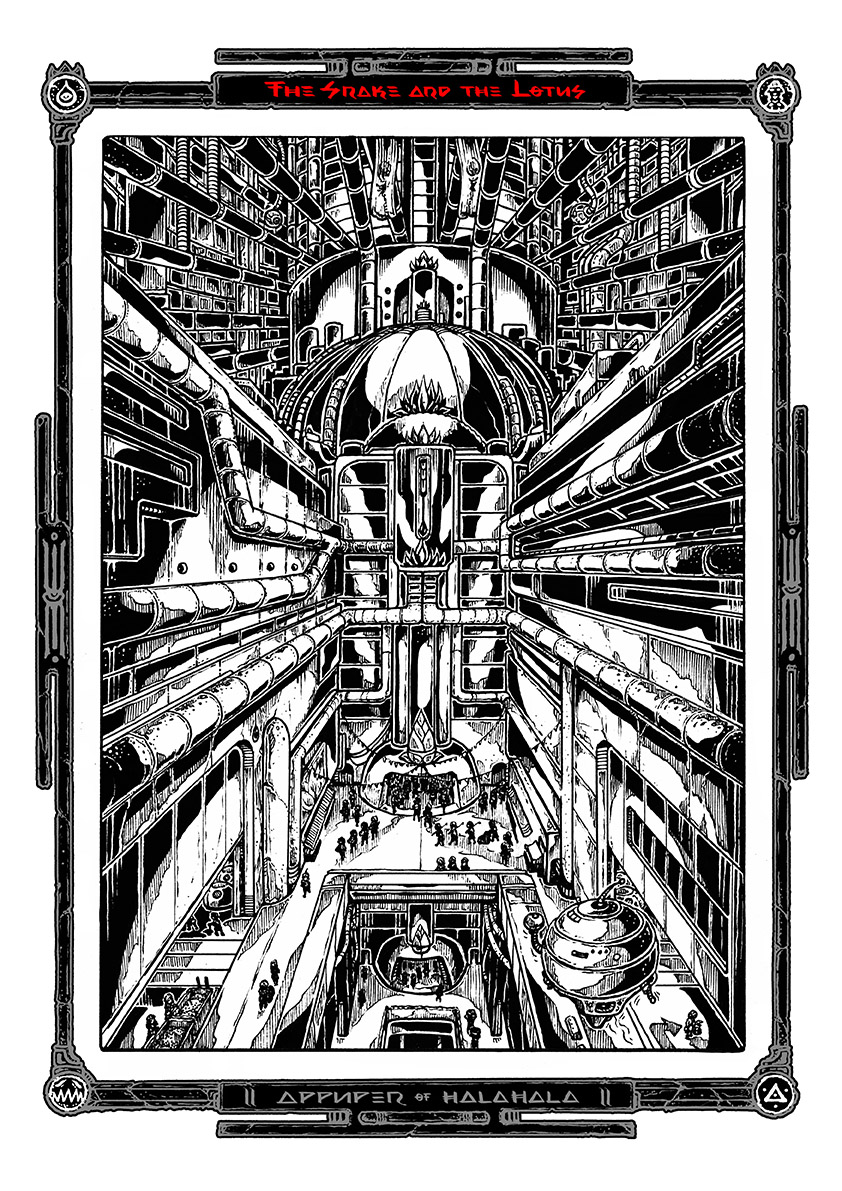 As the Silent Green calls out to all of life, one being is compelled to act.

He seeks out allies, among them a human girl who has not forgotten the old connections. 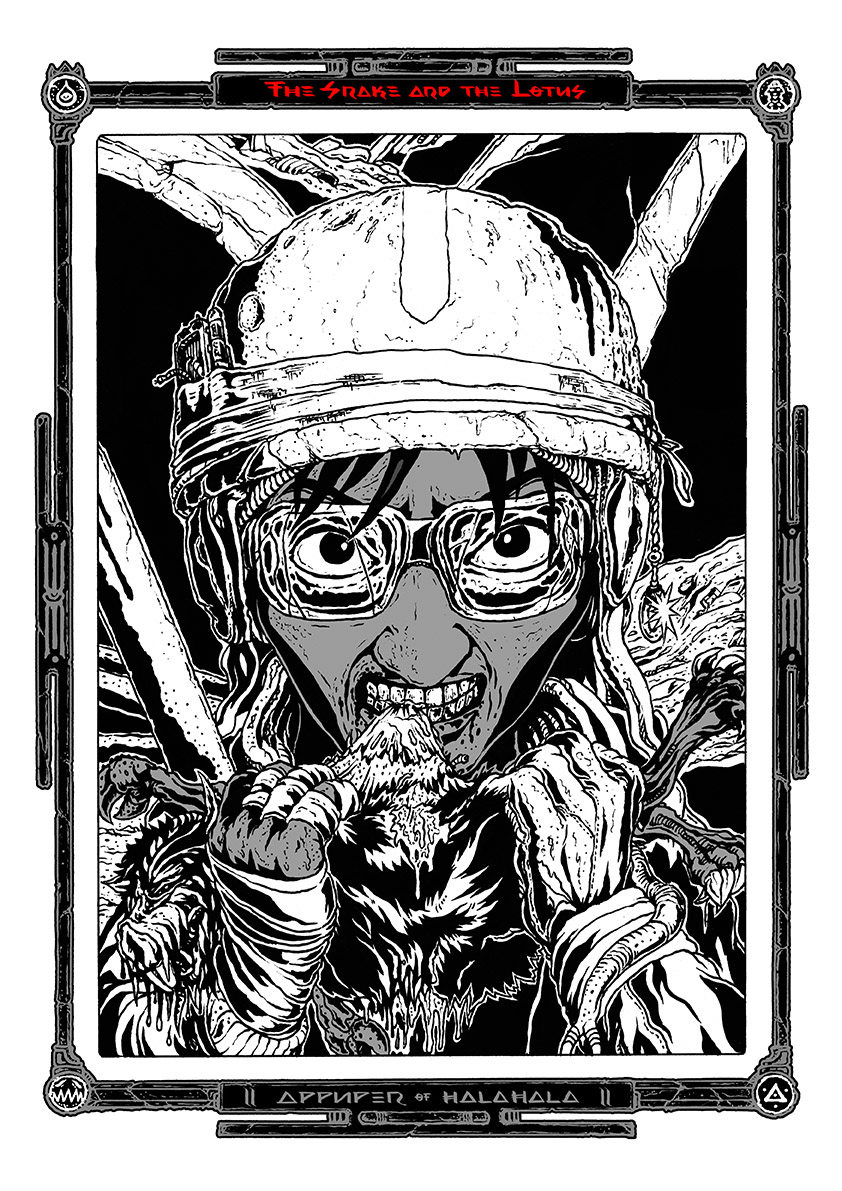 Will they be able to revive Halahala, recapture the idea of life as one interconnected whole?

Read Pramod K Nayar’s essay on ‘The Snake and the Lotus’ here.

‘The Snake and the Lotus’ was realised over three years and includes more than 250 full page illustrations. It is published by Context, 2018. The work was supported amply by The India Foundation for the Arts over two years. This is Appupen’s fourth graphic novel. His other books include Moonward, Legends of Halahala,  Aspyrus, and the upcoming Rashtraman series.